I cut my own hair

For a few months now I have had the idea that I should just keep my hair fairly long and simple and then learn to cut it myself. (I have a related idea where I get really good at this and, empowered by full control over the length of each and every strand, my hair looks the best it ever has and everyone starts asking me all the time where I get it “done.” So the usual trajectory for the ideas I get.)

Anyway, yesterday, I decided it had reached the point where it needed to be cut and spent half the day Googling “How to cut your own hair.” And then today, after showering, I pulled out the scissors, combed it into a ponytail sticking straight up, and whacked a bunch off in one snip. I think it looks basically the same, but it feels a lot better and the ends aren’t so scraggly: 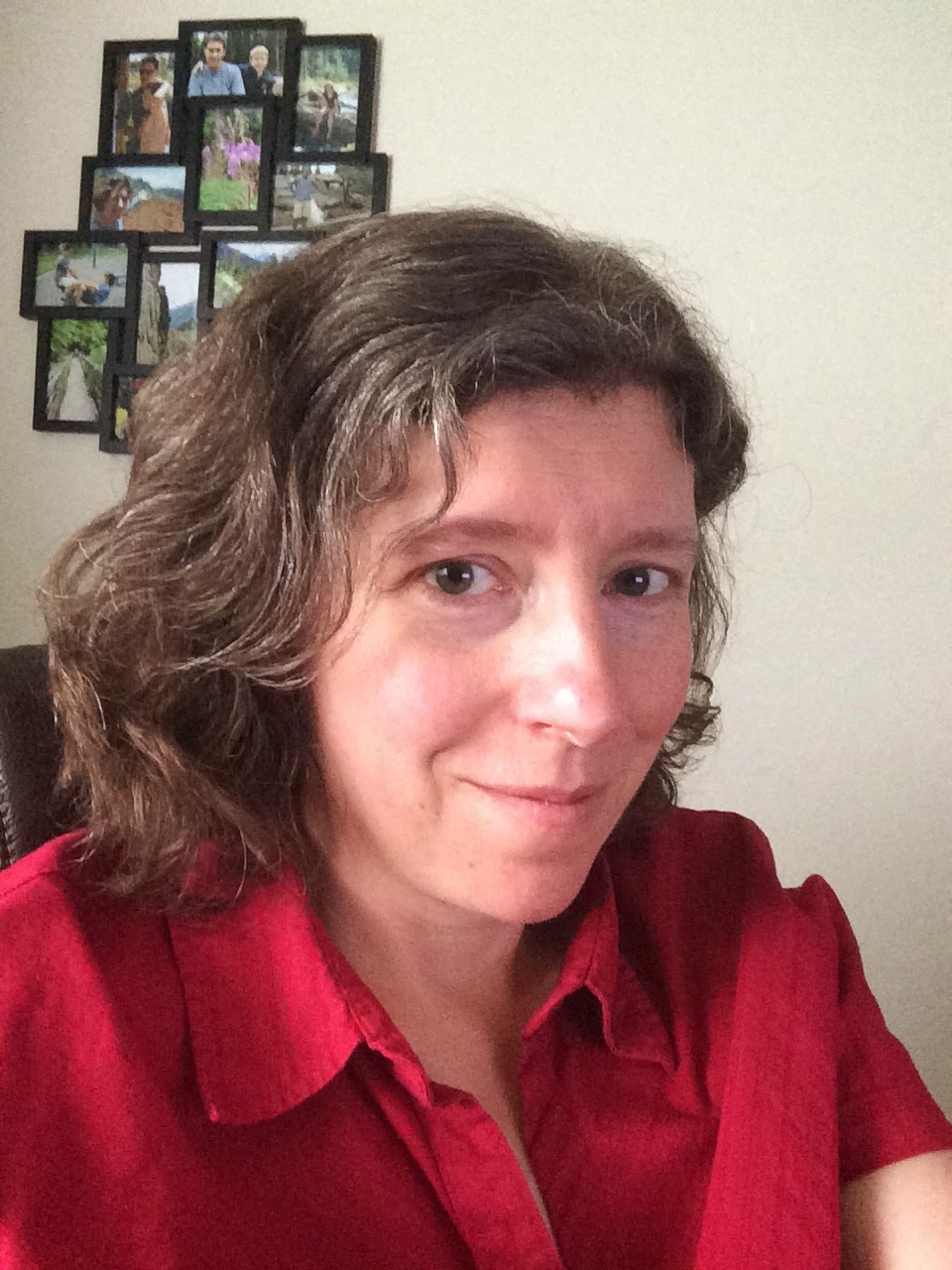 I know I could do better, photo-wise, but I don’t really feel like getting up and brushing my hair and then finding an attractive background and a better angle and a way to show you the back. You’ll just have to trust me that it turned out fine and was really not that scary.
Posted by Ironmom (Julie)